While there are many great food events and outings in town each year, the annual Audi FEASTIVAL unquestionably stands out as one of the top highlights.  Since 2010, Philadelphia’s top chefs have been coming together to produce a culinary feast to benefit the FringeArts, which presents cutting-edge, high-quality artists creating art “without any curatorial barriers.”

This year’s FEASTIVAL is scheduled for Thursday, September 18, 2014 at 7 p.m. at Penn’s Landing, 1 North Delaware Avenue on the waterfront.  Over 75 restaurants and bars are participating.  About 1,000 people are expected to attend, and they will be treated to both the food and the artistic performances under the tents.

This past Monday, at COOK, FEASTIVAL held an early preview of the offerings from some of Philly’s best chefs: Peter Woolsey of Bistrot La Minette, Chris Paulikas of CoZara, Jason Cichonski of Ela and The Gaslight, and Nicholas Elmi of Laurel. 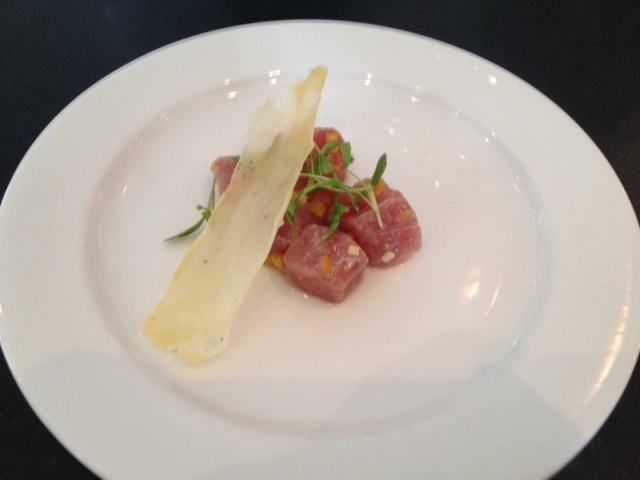 Peter Woolsey is quite connected with FringeArts, as he’s actually opening up a new project, La Peg, in the FringeArts building at Race Street and Columbus Boulevard.  La Peg is a French brasserie serving primarily small plates, which is not common for French food.  As a unique touch, La Peg seeks to blend the restaurant and theater experience as much as possible.  Chef Woolsey served up tuna tartare, with pickled ginger, yellow peppers, salt and pepper tuile, and some Sirarcha hot sauce.  The taste was fantastic, with the raw, cool tuna mixed with the fiery hot sauce. You can never have enough tuna tartare. 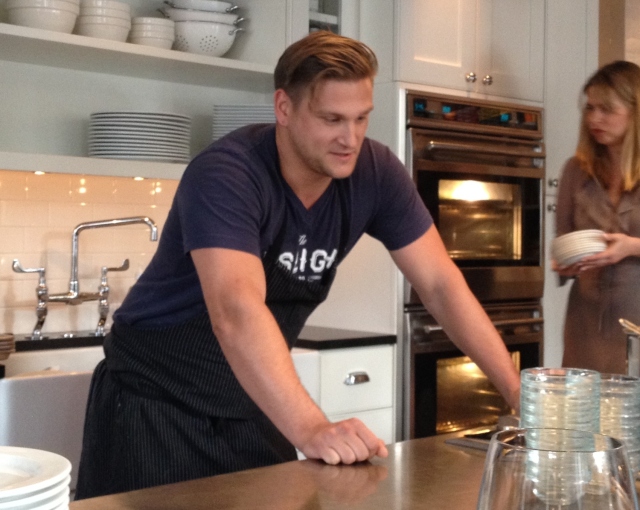 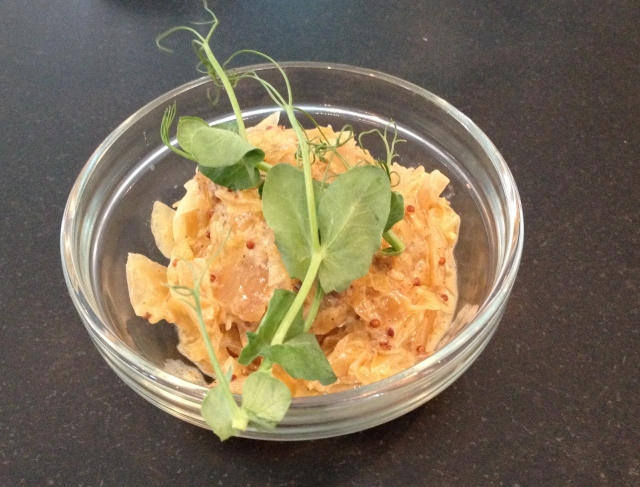 Jason Cichonski is a big supporter of Fringe Arts.  His new place, The Gaslight, serves, in his words, “creative casual” comfort food.  He admits that items there don’t necessarily represent his best plate work.  Still, Chef Cichonski’s menu includes absolute gems.  On Monday, he served his Polish-style meatballs.  Chef Cichonski mixed some kielbasa with breadcrumbs and milk before braising them in 8-week old sauerkraut.  Unsurprisingly, the meatball was full of flavor. 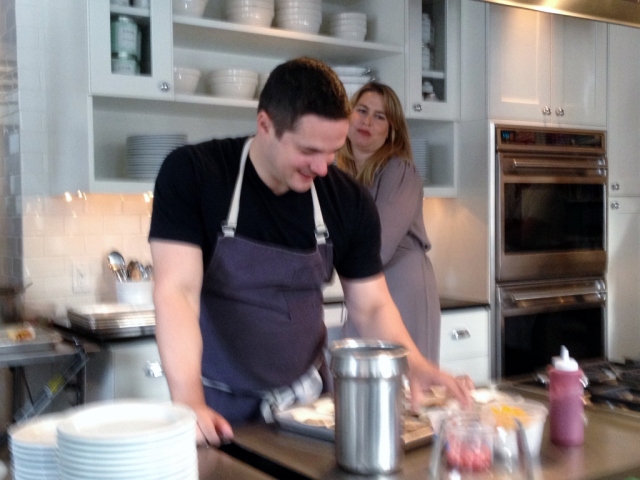 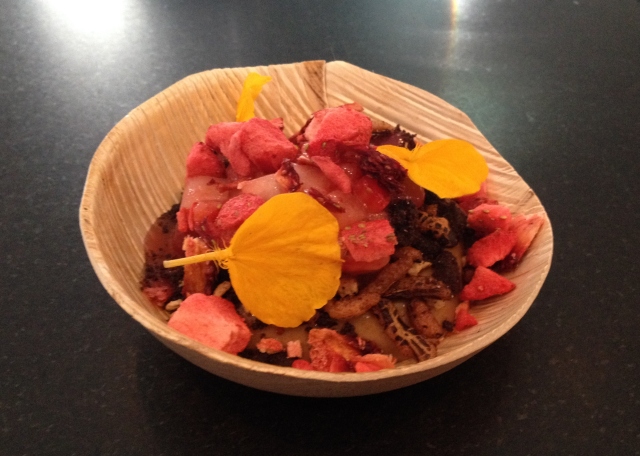 Nicholas Elmi is, of course, the reigning Top Chef, a title for which his fellow chefs and friends, apparently rib him to no end.  Before and especially after winning, his small BYOB, Laurel, has been jam packed almost nightly.  Chef Elmi mentioned how he was expanding the restaurant, but unfortunately, the expansion appears to be mostly to the kitchen to allow for catering operations.  For this event, he went with dessert, creating a caramelized white chocolate pudding with wild rice chocolate cake.  I was fortunate to try the dessert on my one visit to Laurel, but I had no complaints about trying it again.  It’s a phenomenal dish, though with the freeze-dried and dehydrated strawberries added for texture, some may describe the taste as Oreo cookies combined with Cap’n Crunch Berries.

Given the high quality dishes from the preview, it’s safe to say FEASTIVAL will be another amazing food experience that is not to be missed.